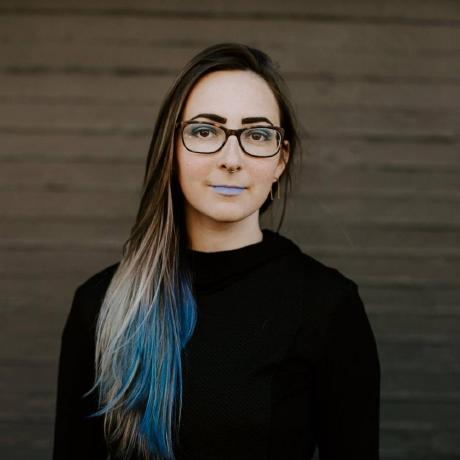 Last month, we almost lost one of our little kittens, Ursa. She, like most loved cats, is a creature of many names — namely, The Ursanator, Ursanator-Potater, Klepto, Baby Cat, Peanut Butter, and Monster — and it’s hard to articulate how much I love this little cat. December was a deeply painful month, and Ursa’s health scare led me down a road of thinking about animal companionship, responsibility for a life, and what it means to love a cat. 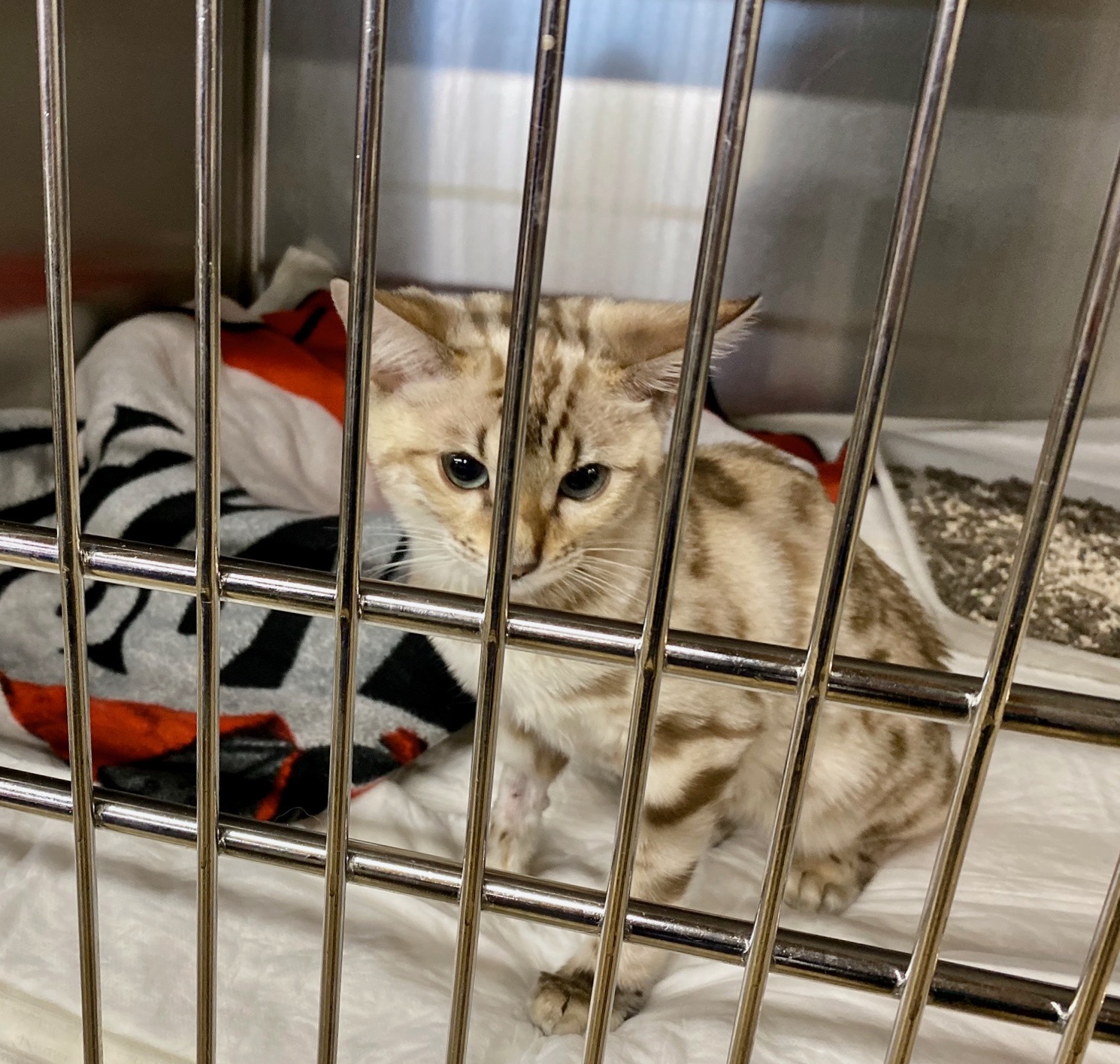 On an early morning in mid-December, in the neighborhood of 5am, Ursa walks into the bedroom and lets out the longest, saddest meow I can imagine. She is a kitten that meows a lot, and during our first month together I’d gotten to memorize her happy meow, her hungry yowl, her mid-hunt chirp. I don’t mean to anthropomorphize, but this meow was different, and it just felt like she was asking for help.

I offered her several different food options and cuddles, all of which she declined, meowed again, and curled up again in the corner. I went back to bed and cried because there was nothing else to be done.

It felt like we were watching her starve and waiting for her to die. She had refused food for three days straight, and only drank a small amount of water. Such a young kitten does not have a large reserve of nutrients and sugars, and she was crashing. We were trying to treat her, and nothing was helping — she just kept getting worse.

My partner was the one to pick up the kittens and bring them home a month earlier. When he returned home, he expressed to me that he’d never really doubted the ethics of pet ownership before the trip. He said it felt like stealing babies from their family, and wondered if the kittens perceived him as the man who took them away from their mother.

And they were so small, and I made promises to them in my mind. We wanted baby kittens so they were malleable. We would form positive associations with people and dogs and water, and when they were old enough, train them to walk on leash and harness and explore the world with them. But instead, our kittens were being stuffed in their carriers and dragged to vets over and over, where they were poked with needles and scared. And their experiences with water were forced, unhappy baths. I felt like I was failing them.

She won’t play. She won’t eat. She just sits, still as a statue, wherever we put her. You cannot make a sick kitten want to eat, you cannot explain that she needs to eat to live.

I felt like I was grieving for someone that hadn’t died yet. A colleague told me that I am, that grieving starts as soon as you are forced to make decisions like, “should the vet attempt to resuscitate her if she crashes.”

I wondered if a cat is capable of wanting to live, and what that means. If a cat wants to live, how would you know? Is there some sort of light in her eyes, that could turn on or off?

I read a post about the interest that nonhuman animals have in living, and it stuck with me. “…the fact is that many nonhuman animals can have positive and negative experiences. The positive experiences nonhuman animals can have can be of different sorts. In some cases they are simple physical enjoyments, while in other cases they have to do with emotions and pleasant thoughts, which many nonhuman animals are capable of having. Animals who play and social animals who enjoy relating to each other have such experiences. … When someone dies, they can no longer enjoy all the good things that they could experience if they were to remain alive. Thus all sentient animals can be harmed by death, and actually are so harmed when they die. So sentient animals not only have an interest in not suffering, but also have an interest in remaining alive.”

I believe that the interest of animals is in not suffering. I, like Ursa, want positive experiences and to avoid negative ones. Is this wanting to live? Animals have desires and move towards pleasure. They desire, and they must want to live.

After her second overnight hospitalization at the emergency vet, we weren’t sure whether we should continue to treat her. We could only give her the medication that might work if she would eat. Otherwise, the paths forward being discussed were risky and expensive and included scary terms like “fecal transplant,” “abdominal wall biopsy,” and “feeding tube.”

I tell my friend B that I think I am failing her by thinking about letting her go. He says the very precense of the thought in my mind means I’m not.

We are so, so lucky. The medicine — which has efficacy rates on a first round of treatment at only about 60% — kicks in at around 3 days. Each day gets better than the last, and she’s gaining weight again. She pounces her sister’s tail.

Ursa isn’t “just” a cat. She is tied (with her sister) for the world’s best, most fiercest kitten. The first thing the staff at the emergency vet hospital said when we came to pick her up from the hospital was how loud her meow is. She meowed all night, watching everything around her, eyes wide open even in pain while the other animals slept.

This week, she got a clean bill of health from the vet. We take her home in the car and she purrs, slow-blinking in the sun on my lap in the car on the way home. She wants to live, and she gets to live.

I am reminded of Donna Haraway’s Companion Species Manifesto, at the core of which is the idea that the relationships we experience with companion animals alert us to the “demands of significant otherness at all the scales that making more livable worlds demands.”

“Why should our bodies end at the skin, or include at best other beings encapsulated by skin?” Donna Haraway 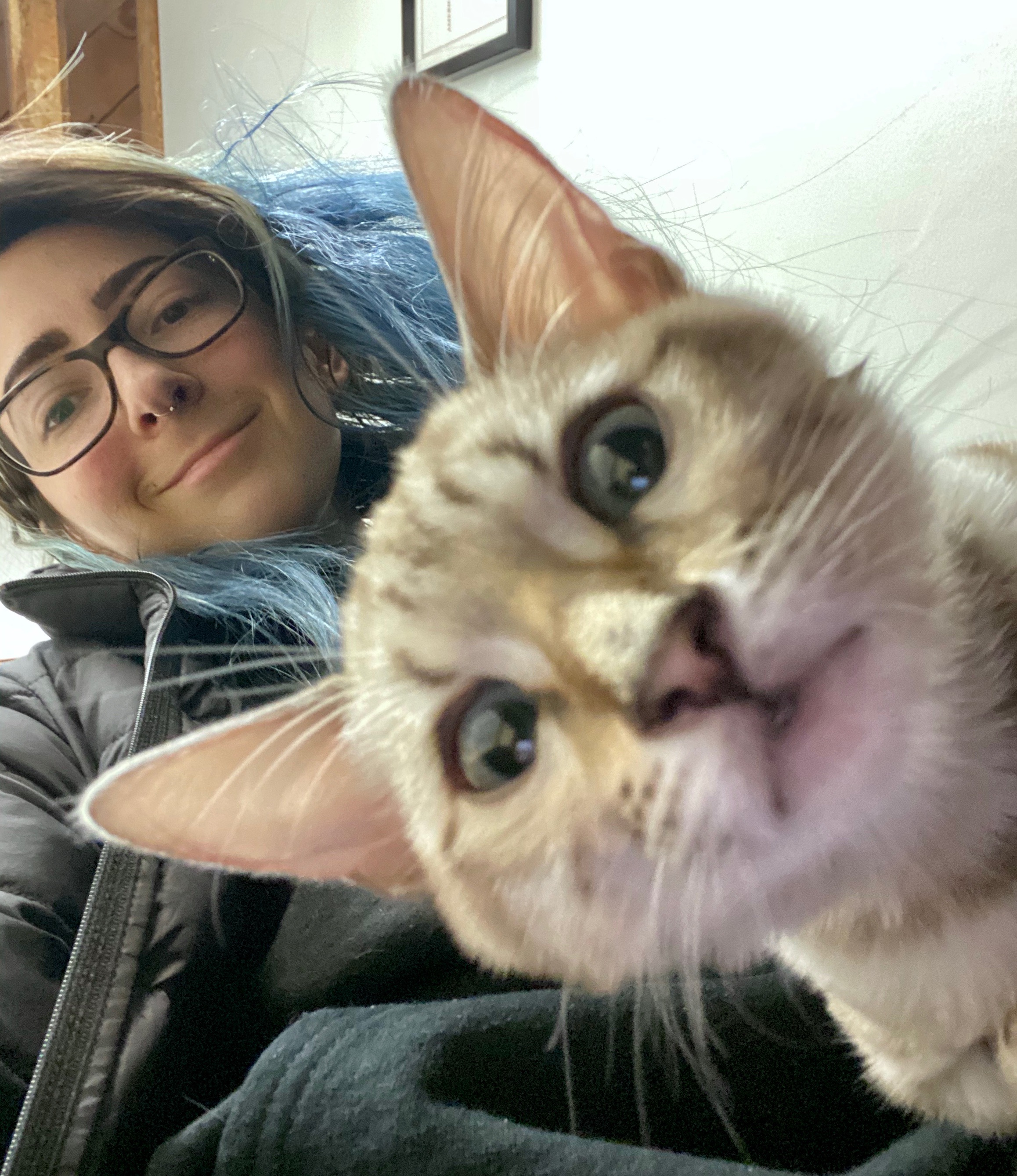